How we implement Protecting Victoria’s Environment – Biodiversity 2037 is key to delivering the vision for the future: that Victoria's biodiversity is healthy, valued and actively cared for.

The Plan in Action

There are a multitude of projects  underway across Victoria that contribute to the goals and targets of Biodiversity 2037. The examples below  show what implementing the plan looks like on the ground.

Select a heading below to find out more about each project.

Examples of the plan in action

The frogs are calling

Victorians are leaping into action by recording frog calls across wetlands in Victoria’s north.

These frog citizen scientists are contributing important information on how frogs are responding to environmental water.

An easy to use App

The project has embraced the latest technology by partnering with FrogID to make surveying for frogs fun and easy for all. The app helps participants record, identify and send the records to experts at the Australian Museum to verify frog recordings.

By working with citizen scientists, the project is improving our scientific knowledge and increasing community awareness of the benefits of providing water for the environment.

The more we learn together, the greater our ability is to support Victoria’s biodiversity.

River Tour is run by the North Central Catchment Management Authority and brings together Traditional Owners, land managers, scientists and community conservation groups to explore, share and learn about the northern grasslands and the Campaspe River.

Participants share the importance of these areas, as well as hear about what’s happening with managing and caring for Country. The tour is for 2-way knowledge exchange to better understand the cultural landscape, river and grassland management and strengthen connections with some fun along the way.

The Southern Ark project has been undertaking landscape scale fox control to protect biodiversity in East Gippsland for almost 16 years.

The East Gippsland area is a hotspot for native mammals, birds and reptiles, many of which are rare or extinct in other parts of Victoria, mainly due to being eaten by the non-native Red Fox.

The Southern Ark project, which covers an area making up 5% of Victoria, aims to reduce the number of foxes in the area to facilitate the recovery of native animal populations threatened by the introduced predators. These include mammals such as

Even some of our native predators might also benefit from having fewer foxes to compete with — animals like large forest owls, Spot-tailed Quolls and Diamond Pythons.

Recently, camera-trapping surveys have detected species such as the endangered Long-footed Potoroo across hundreds of sites and detections of foxes across the forest remain generally very low.

Keeping up the fight

The fight against the fox will continue, with new techniques being employed to make sure the efficiency of the project continues to improve and the long-term future for the wildlife of east Gippsland is protected.

The project is lead by DELWP in collaboration with Parks Victoria, Moogji Aboriginal Council and the Field Naturalists Club of Victoria.

You can read more about projects like this on our Weeds and Pests on Public Land page.

Click here or the diagram below for a more detailed Implementation Cycle.

You can find out more and access the latest Biodiversity 2037 Monitoring, Evaluation, Reporting and Improvements Framework here. 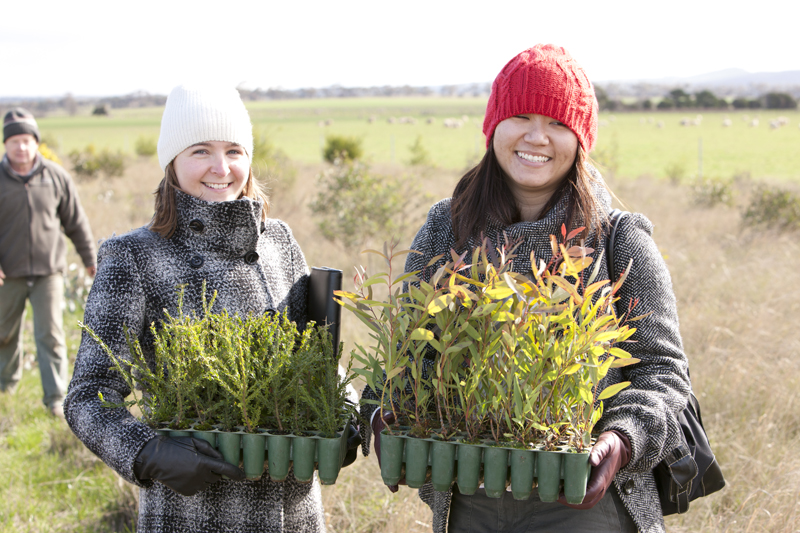