Hooded Plovers are a resident shorebird found along the southern and eastern coasts of Australia. Hooded Plovers are ocean beach specialists, highly selective of beach habitats that support their survival and reproductive needs. Each pair occupies a distinct territory, and the species is widely dispersed.

Hooded Plovers nest from August to March (and sometimes April), which overlaps with the peak period of human use of their beach habitats. They generally lay 1-3 eggs in a simple nest scrape on the beach above the high tide mark, foredune or dune, preferring open areas with sparse to no vegetation. Incubation is for 28 days and they use passive nest defence and heavy camouflage of the eggs to reduce the chances of predation.

After hatching it takes 35 days until the chicks can fly. During this period, they are active on the beach needing to find their own food, being warned into hiding by calls from their parents. The chicks will run to cover and crouch until the perceived threat is gone and the parents call them out from hiding. The chicks require brooding in their first two weeks as they are unable to thermoregulate. They feed mostly at the water's edge and along the wrack line amongst beach cast seaweed. They commonly run from danger toward the dune and they crouch by or under shelter such as rocks, vegetation or beach debris. 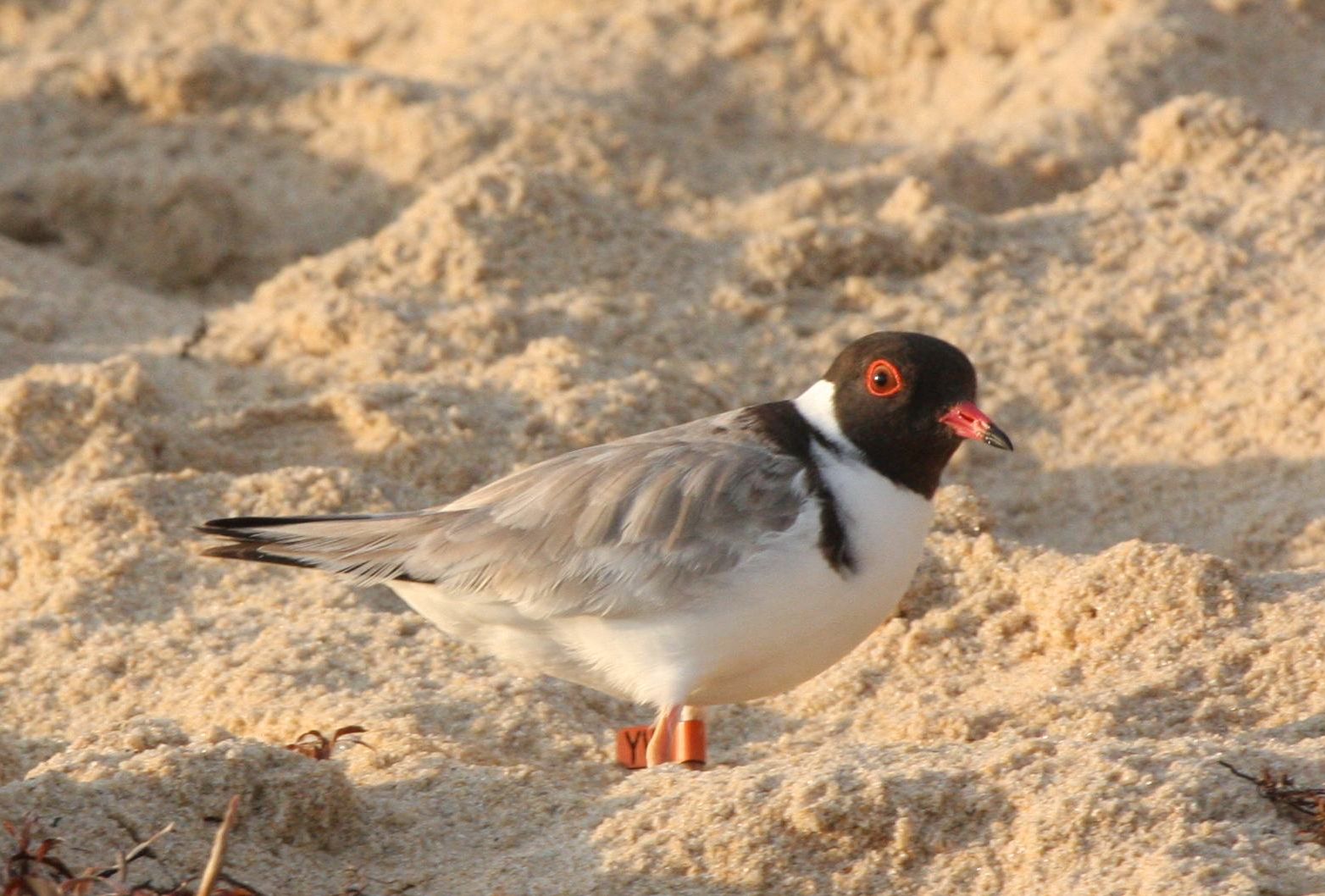 Hooded Plovers often share their ocean beach habitats with people. Their habitat is suffering loss and degradation via coastal development, weed infestations and introductions of predators. Their nest defence strategy is to leave the nest when a predator approaches and stay distant from the eggs until the predator leaves and it is safe to return. If the adult remains away for too long or if disturbances are too frequent, the eggs can be exposed to harsh temperatures that lead to the death of the embryo inside or can be exposed to other approaching predators. People using beaches for recreation pose a high disturbance threat to incubating birds, and some threats have been identified as having higher disturbance impacts, for example dogs off leash and recreational activities.

Extensive volunteer efforts go into the protection and monitoring of this species, with many groups working across the state to help.

The National Landcare Program has provided funding for on-ground works, weed mapping and removal and volunteer resources to help protect their coastal homes.

Efforts to save the species are being supported by a $200,000 grant through the Victorian Government’s Biodiversity On-Ground Action Icon Species Grants program, which funds targeted actions designed to protect and conserve Victoria’s threatened species. This funding is being used for;

There are a number of community groups and local governments who are contributing to the monitoring and protection of Hooded Plovers along Victoria’s coastlines. You can search online to find your nearest group.

Conserving Victoria's threatened species requires a collaborative approach. There are a number of organisations and groups working to protect the Hooded Plover, these include;

There are also a number of local governments and community groups who are involved in helping conserve these birds.