The Southern Bent-wing Bat is a tiny microbat, measuring 52-58 mm long (head and body) and weighs about 15.7 g. It has dark brown to reddish brown fur on the back, grey-brown fur on the belly and a distinctive domed forehead. It eats a variety of insects, with moths making up a large proportion of the diet. It uses echolocation to navigate whilst flying and feeding at night. The Southern Bent-wing Bat is a Critically Endangered cave-dependant bat with a limited distribution. It is only found in south-western Victoria and south-eastern South Australia in a limited number of caves with suitable microclimate. 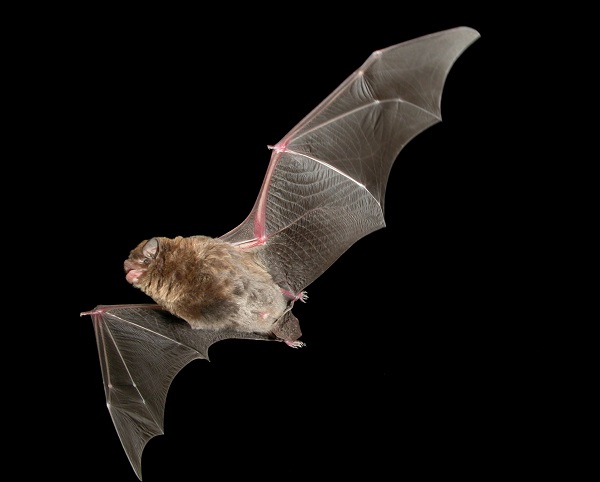 The Southern Bent-wing Bat population has declined dramatically in recent decades. This severe decline could lead to extinction without intervention.

A range of threats have been identified as potentially impacting the bat and contributing to the decline including; loss and modification of roosting caves (particularly maternity sites) and feeding habitats, people entering roost caves disturbing the bats, bioaccumulation of pesticides and toxins which may also reduce food availability, disease, and introduced predators. Climate change, including drought, is also predicted to negatively affect food availability. The risk posed by windfarm development and collision with turbines is being investigated.

In 2019 a National Recovery Team was formed with representatives from Victorian and South Australian government agencies, land managers, researchers and other stakeholders covering a range of knowledge areas including disease management, species ecology and cave management. This group is tasked with providing advice for the recovery of the species in line with the current Recovery Plan.

Conserving Victoria's threatened species requires a collaborative approach. There are many organisations and groups working to protect the Southern Bent-wing Bat, including: