Figure 1 and figure 2 shows how the different maps and spatial tools were used in Nillumbik Shire LGA to identify priority areas. To develop the priority area maps, the Peri-urban partnership group members from Local Government Areas (LGAs) and community liaised with their local environment and Landcare groups to collate information on local biodiversity values, known deer threats and locations of local deer control and management efforts. This information was mapped and overlaid with other spatial datasets of deer distribution, biodiversity, other threats and values, and where there were multiple overlapping mapped areas of values and threats, these were identified as key focus areas for prioritisation of control works, fencing and monitoring.

Public land managers undertook similar assessments of their own assets, focussing on biodiversity and water values, the current levels of deer impact and threat, and other organisational values and management capabilities and approaches.

The analysis undertaken utilised mapping from the Strategic Management Prospects (SMP) Version 2. Version 3 has now been released and utilised in relevant maps shown below.

As new information becomes available, priority site maps will be updated. The Partnership Group will undertake a review of priority sites at least once per year, to update locations and reflect on changes in their suitability. Actions for improvement in mapping have been identified within the Peri-urban Deer Control Plan, and the overarching Strategy, such as the collection of deer-vehicle collision data. Other datasets will also be added to, in the knowledge that more accurate mapping will improve the ability to identify priority areas in addition to those mapped in SMP.

Priority maps, including the underlying spatial layers of current and planned works, can be used to initiate a discussion between partnership group members. The mapping: 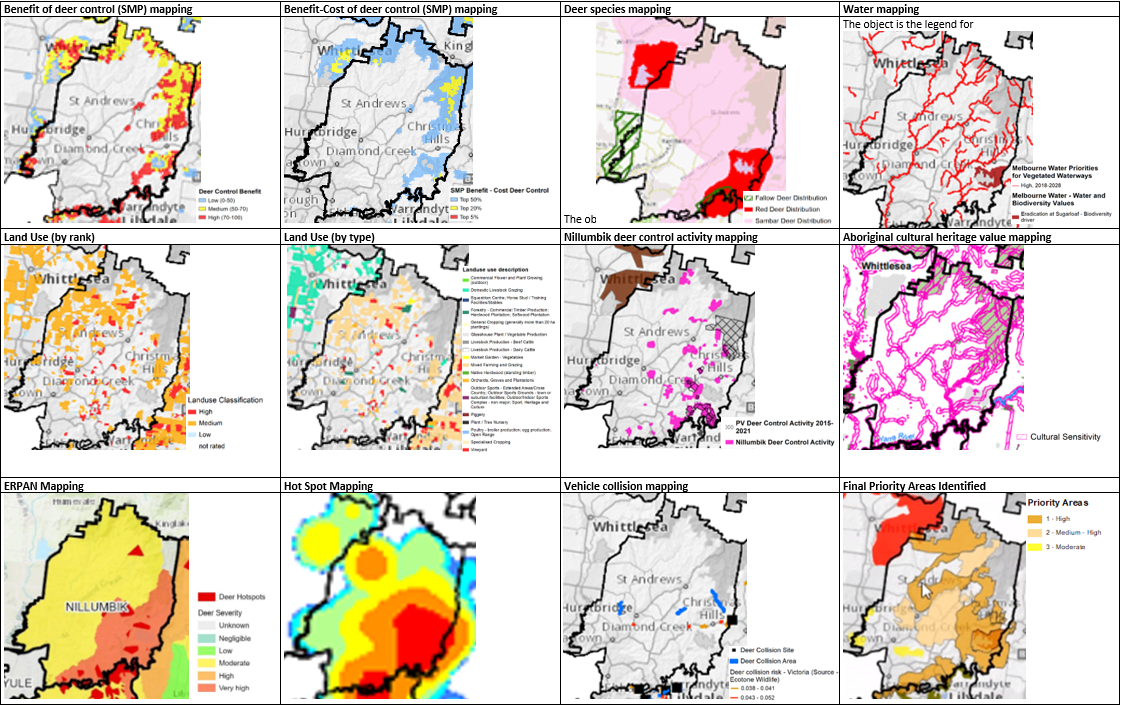 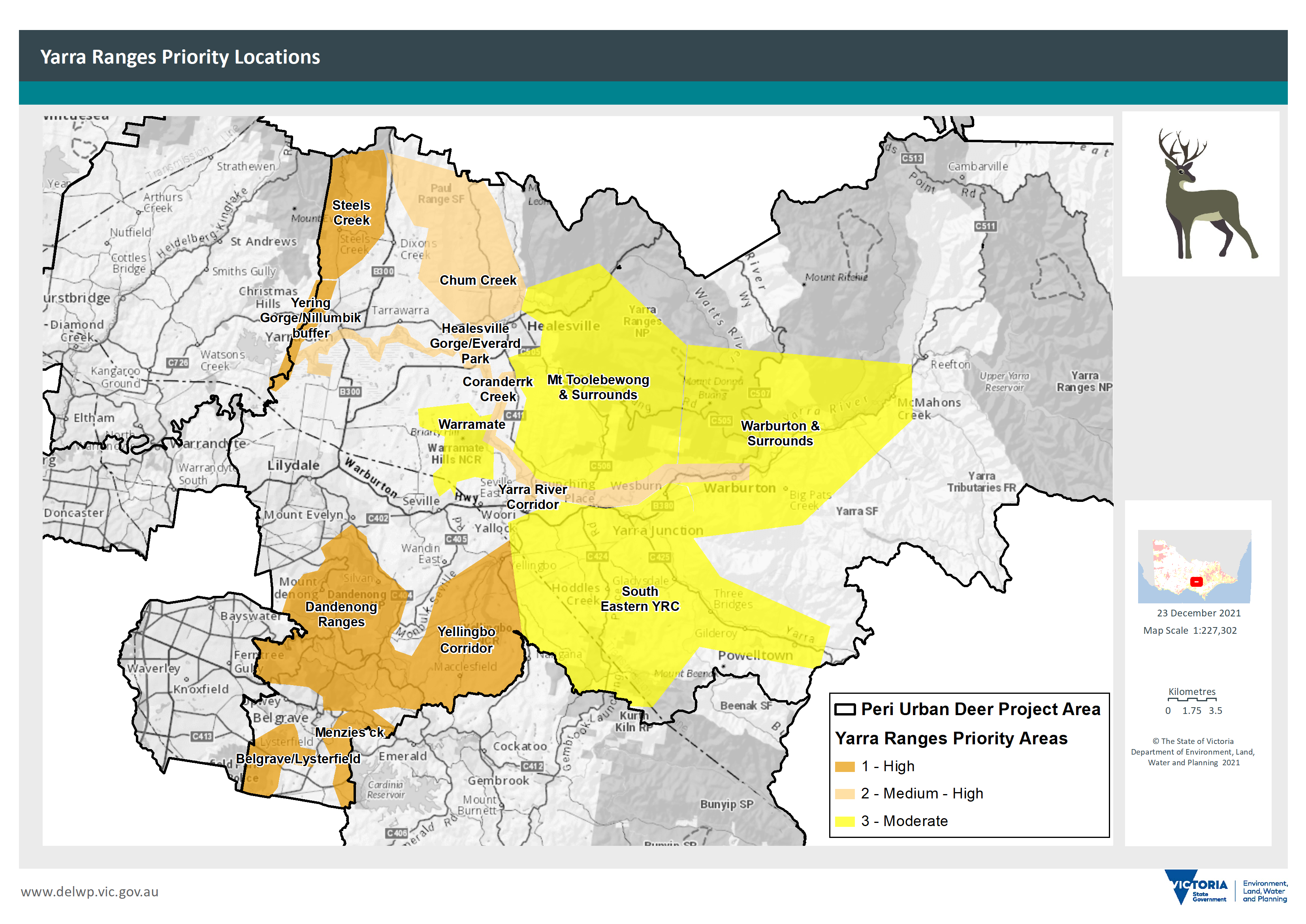 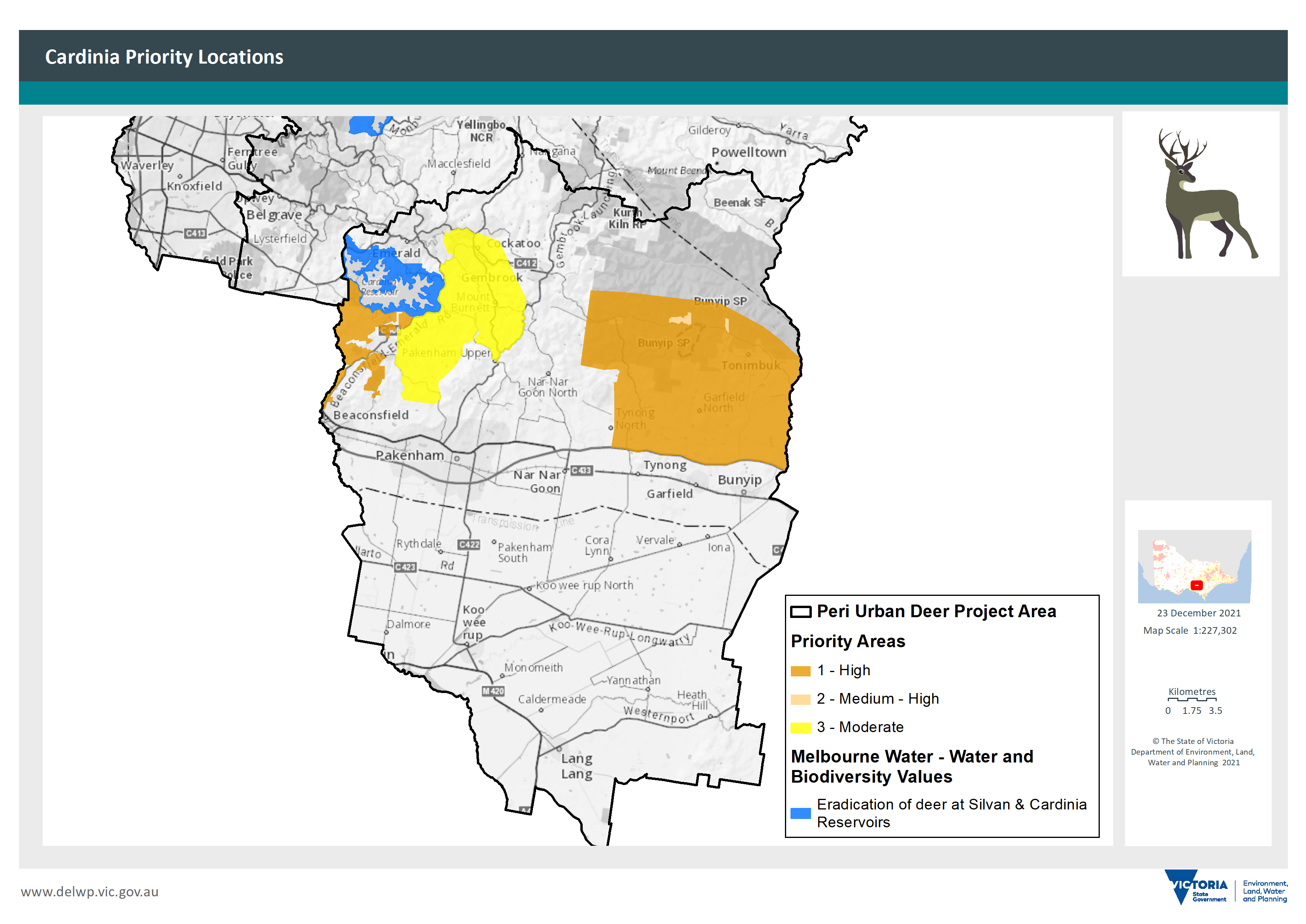 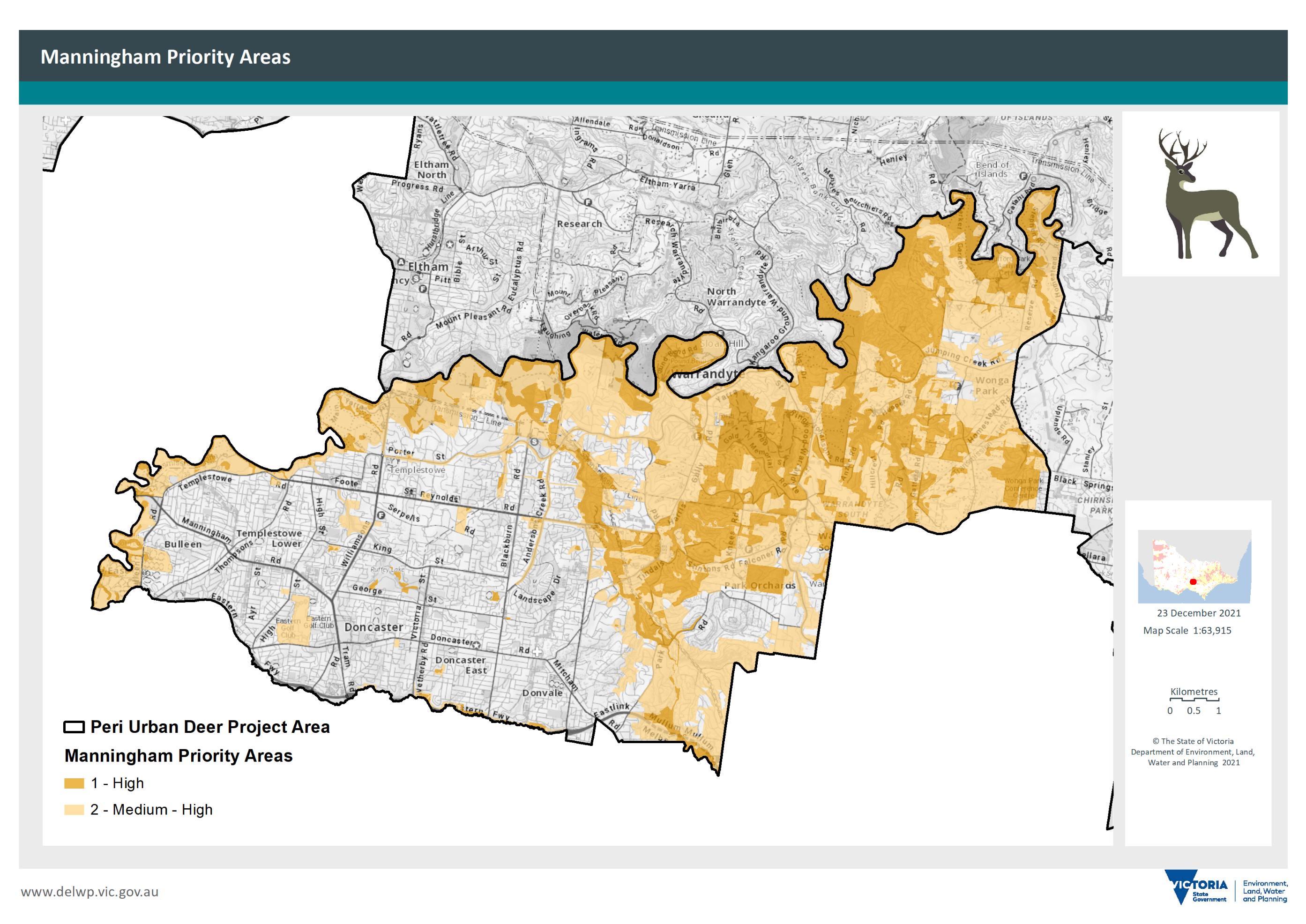 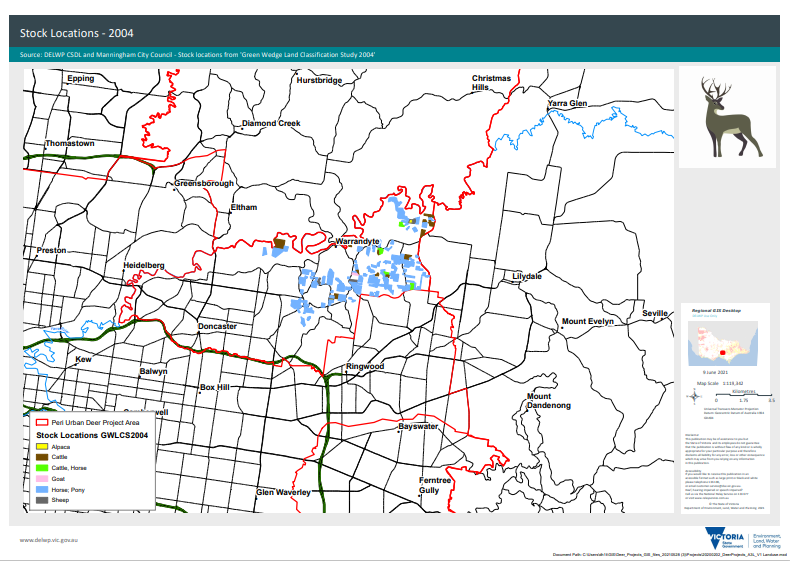 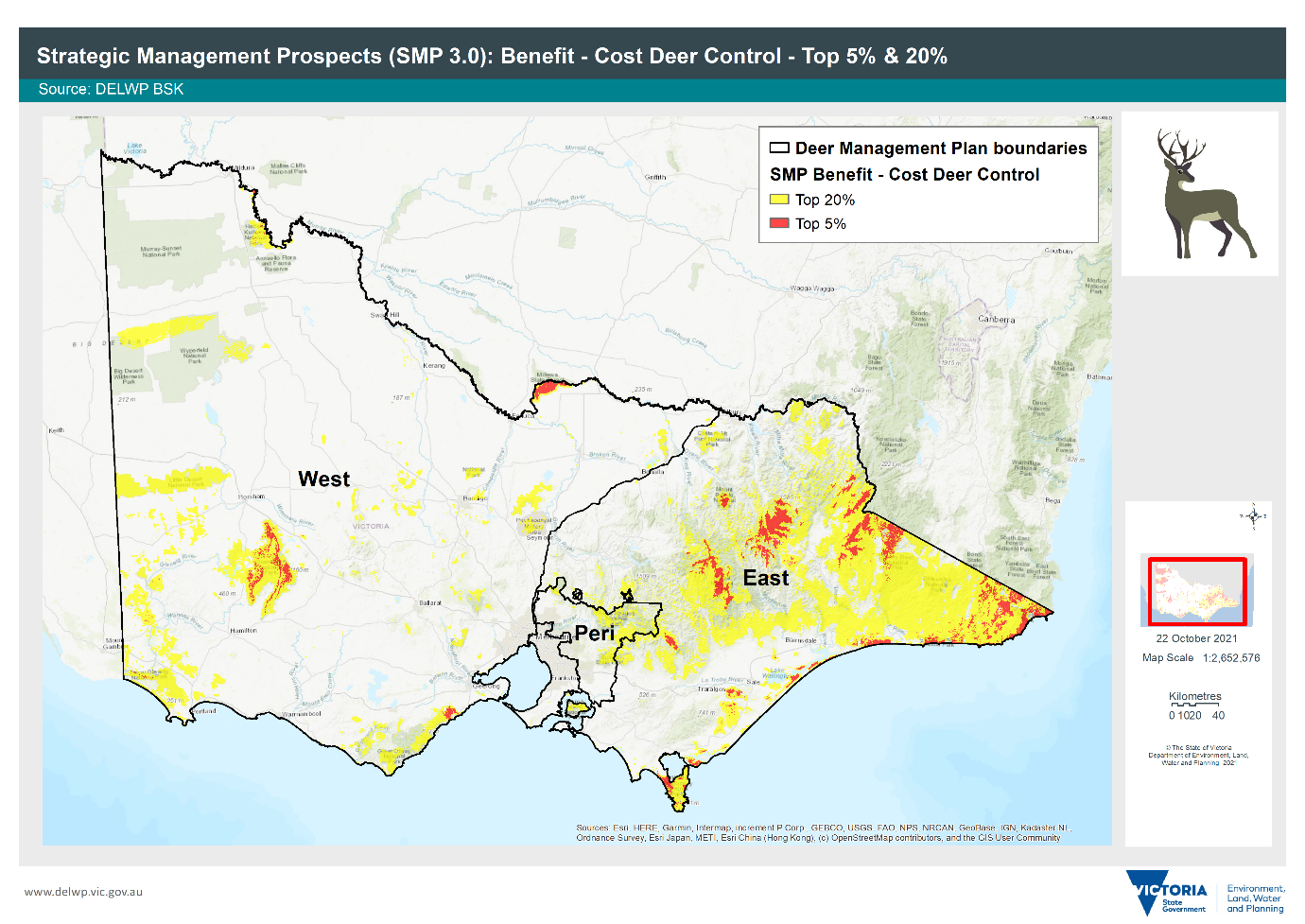 Figure 14: indicates the top 5 and 20 per cent sites across Victoria that provide high-cost benefits to a range of species through deer control

SMP Benefit-Cost of Deer Control across the Peri-Urban area 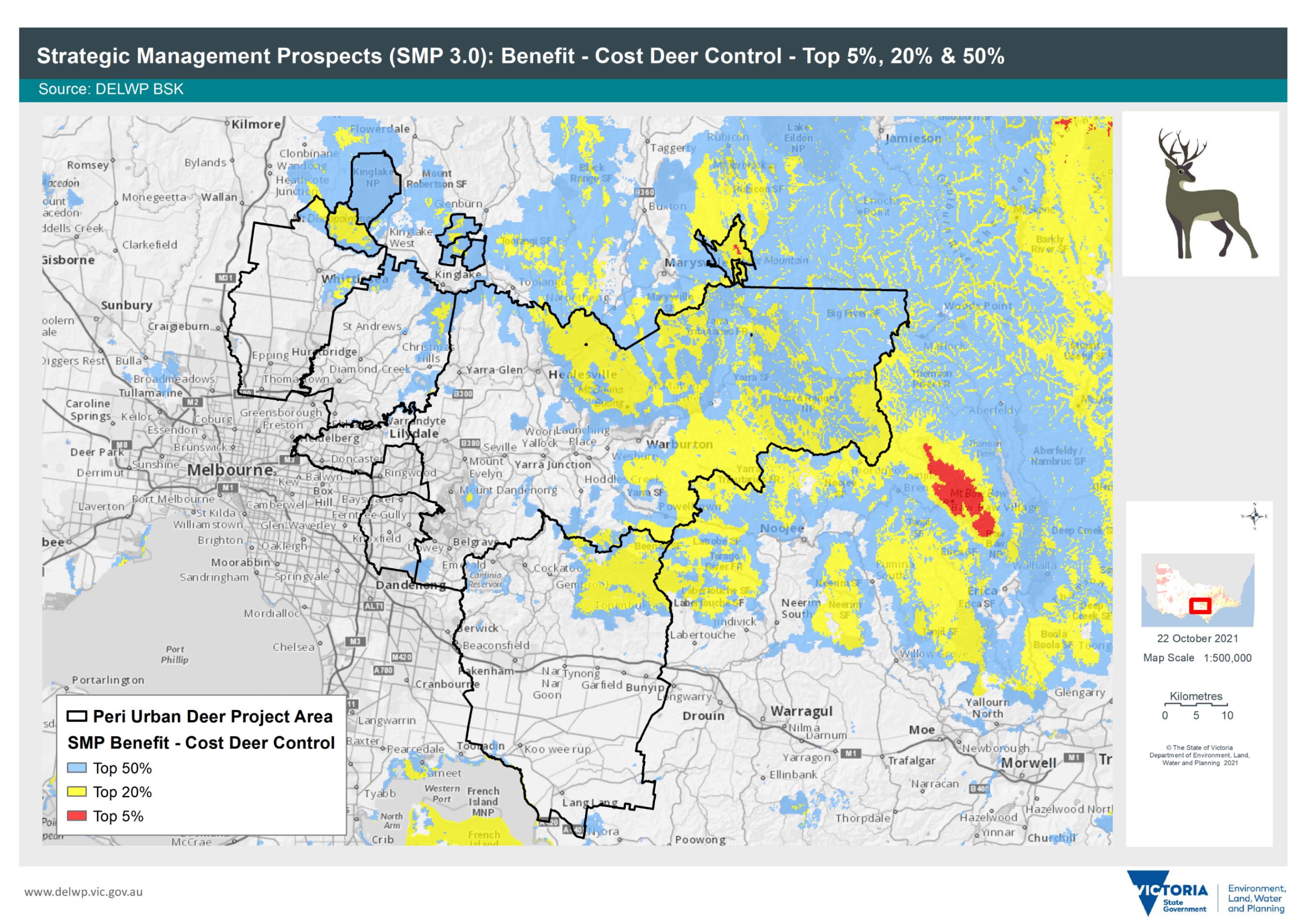 Land Use by Type across the Peri-Urban area Figure 17: Land use across the peri-urban area

Figure 18: Land use classified into high, medium or low determine sites of importance. Deer distribution across the Peri-Urban area

Deer-Vehicle Collisions across the Peri-Urban area Recent deer control and management activities across the Peri-Urban area Figure 25: Threatened species and sites identified with species under threat from deer trampling in aquatic areas